Normally I would do a Blast From the Past for Throwback Thursday, but this Thursday, August 10th, marks the two year anniversary of finding out my husband was a lying, cheating, cousin fucking, marital asset stealing dirtbag. I figured maybe I should write about that today.  You know why? Because I no longer care.

I bought a cake today to celebrate my freedom from that shit eating chimp. I took it into work and shared it with my co-workers who know my story. This time last year I was unhappy and fearful. I had lost my house; I had lost almost everything I had ever owned. I had moved out of state and back in with my mom. My kids were having to transition to new schools and I was having to look for a job and apply for Medicaid.  This time two years ago I was stressed, wondering what the hell was going on with my husband until the moment I received the message from Harley’s husband, letting me know that CF had been spending his weekends in Whoreville with the whore. The bottom dropped out of my world and I began making my way along this long and winding path. Today I ate cake. I celebrated the fact that I was free of him. I no longer have to listen to his sob stories. I no longer have to pretend I care about his every little problem. I won’t ever actually thank that cousin fucking sorry excuse for a human being, but I am thankful he cheated because I never would have left. And had I never left I probably never would have started this blog; I definitely never would have met the mobster.

I refuse to be held hostage to this date, year after year. Yeah, he cheated. He interrupted our lives. Hell, he entirely changed the course of them. But we are all still standing. He didn’t win. He lost, in fact. He lost his kids and took on four kids that already have a devoted dad, ones who talk shit about him behind his back. He lost a faithful, devoted wife and got a cheater instead. I’m doing my best to make sure he loses a lot of his money and that whatever income comes his way he has to pay a hefty share to me.

Me? I’m eating cake and celebrating the day I ended up being freed to live a far happier life. 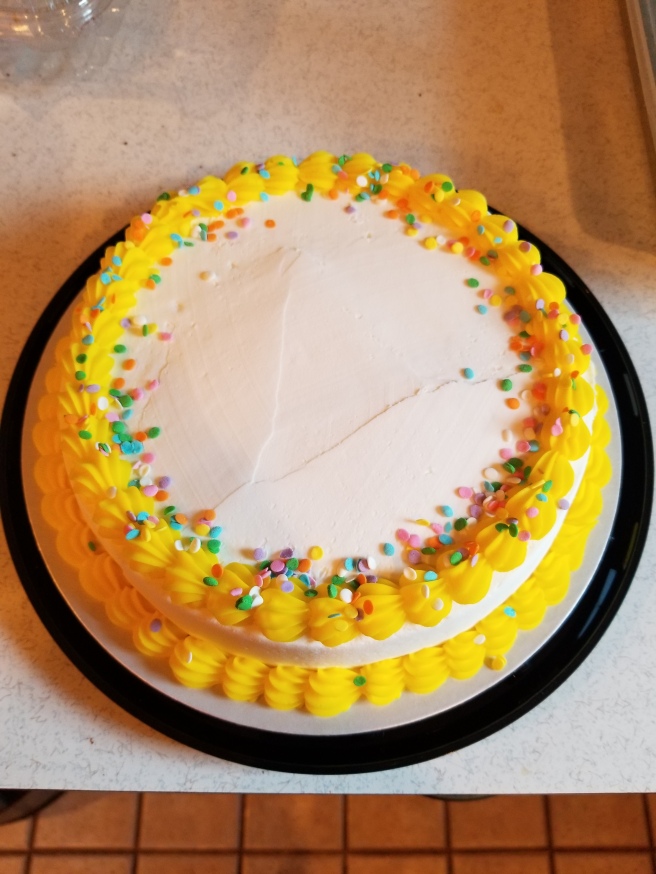