I hate him with the fire of a thousand suns. Honestly.

I’m heading out of Arby’s this afternoon, food in hand, when I see I’ve received an email from my lawyer and her assistant. Uh-oh. That can’t be good.

The shit eating chimp and his complicit lawyer are asking for documentation of my expenses. Yes, the lying liar who lies and who has been lying for 2 fucking years or more is asking for me to verify the expenses I’ve outlined. Well guess what, cousinfucker? I’ve got receipts coming out of my ass. That’s how I arrived at the expenses I did. In fact, in some cases I actually cut you a break, you dumb sonofabitch.

Rock Star’s competitive cheer is extremely expensive considering I have to make up all the payments from June-September, minus $120/month. I’m paying $278 a month for the regular month and paying $158/month for the months she missed. I also am paying $450 for the uniform, a $500 deposit fee, and a $40 registration fee. I took the total and divided it by 12 months because the season runs all year long. I don’t actually have 12 months to pay. I have 8. So guess what? Now I’m going to ask for actual monthly fees and not an average. Suck on that!

He’s got joint credit cards that he’s never paid on listed as part of his expenses, along with the damn mortgage for our foreclosed on house!

So now I’m in the process of trying to get 2 year old statements from a closed account from the bank to prove that I have nothing to hide. My lawyer even said he was being a jerk and that he’s further victimizing me. She said, and I quote, “It’s him further victimizing you and making your life hard, and he is an idiot for doing so. He should be busting his ass in the opposite direction.”

I also now have to try to get back statements from credit cards that haven’t been paid in over a year to show that he has not been paying them.

Here comes the fun part. After more than 30 minutes on the phone with my bank I find out that I can’t get the statements from the closed joint account because… Cousinfucker changed the address on the account to his whore’s address. So they can copy them and put them in the mail but they’ll be sent to the whore’s house. Isn’t that fun?

Yeah, remember last spring when I wrote about how he kept trying to change the damn address on my accounts? I kept changing it back but finally after he lost his job I figured, “Why bother?” Well, now we know why.

I’m sure it will be a similar situation with the two credit card companies. One is through the same bank. I’m pretty sure that anything that has both of us listed is automatically going to the whore’s old house. When he moved and left his forwarding address anything that said Cousinfucker and Sam was forwarded to him so I’m sure I’ll run into the exact same scenario with the second card; he’s been receiving the bill since he left back in February of 2016 and yet claims he had no clue how to pay it because he didn’t have the information.

Needless to say, that sent me into a tizzy. Most of a lunch hour wasted on bullshit and then finding out I can’t get what I need to clear my name.

Then after a rather pleasant evening out with a friend who was celebrating her birthday I open up yet another email. Cousinfucker and his lawyer have filed a motion wanting the date of separation to be declared in August or September, instead of February. That’s not all. I was pretty much expecting that. No, the real irony is that Cousinfucker once again begins talking about the money I transferred over from checking and savings into the account in my name only. He is claiming that he paid all marital debts and expenses and that I used that money for my own purposes.

That lying, cousin fucking piece of shit! I am not the one out there buying iPhones for a whore and her kid. I am not the one having my husband unknowingly pay said cell phone bill for the whore and the kid. I am not the one buying engagement rings or puppies or moving into brand new expensive houses. I was buying food and clothing and pet supplies. I wasn’t sending thousands of dollars to my boyfriend and trying to impress kids that weren’t mine. I didn’t authorize a $300 dress for a fucking school dance or over $400 in new sporting equipment, all for kids that weren’t mine. I didn’t take weekend trips with a lover or even take my own damn kids on a luxury vacation with that money. I was a fucking stay at home mom for the past 15 years. Our kids had just been ripped away from everything they loved in their previous life and now, a year later, they’re finding out their parents are getting a divorce. He cut me off financially; he did not give a shit that he gave me enough to pay the bills and that was it. There wasn’t enough money left over for groceries, much less gas for the car, food for the pets, or anything for the kids. I guess he figured I would go out and get some high paying job in a week or two and be on my feet in no time. Fuck the kids. Fuck the kids that already had a tsunami destroy their lives. Now let’s add taking their mother away from them. Let’s toss in making them quit all their after school activities because mom now works and can’t pick up the kids after school; she also has no fucking support network because, oh that’s right, the cousin fucking nitwit moved her 2000 miles across the country and away from her friends who acted as a support network.

I don’t know why his actions enrage me so much. I expected this on some level. But to see in print that I used that money for my own purposes just galls me. He is the only one that has been misappropriating funds. He has been misappropriating funds from the very beginning. The jackass blew through approximately thirty thousand dollars in four months time and not a single bit of that was on marital debts or the marital household. It was all on shit for the whore and her kids. But yes, by all means ask me to explain myself, you giant shitbird! Ask me to verify that I am telling the truth even though I’m not the one who lied and cheated. Oh, and while you’re at it change the fucking address to every statement I need so that you can effectively tie my hands behind my back and I can’t prove you are the liar and I am the one telling the truth.

I swear to God it reminds me of our marriage. I run around doing all the work while he sits back and does nothing. I’m the one trying to get bank and credit card statements from the banks. I’m the one verifying and proving and paying for all this shit! Oh! That reminds me. That’s another thing they would like proof of- my actual legal fees because they are essentially calling me a liar and saying they don’t believe my legal fees are what they actually are. Yep, that’s the kind of thing I’d lie about. My lawyer would willingly lie for me. Riiiight. Refer back to the previous paragraph, asshole. Maybe if you didn’t change the fucking address on all of our fucking shared bills I wouldn’t have to issue subpoenas for everything I need, thereby saving on, you know, lawyer fees! You dumb, cocksucking, cousin fucking sonofabitch!

Why isn’t he jumping through hoops? Why am I the one subpoenaing all the damn records? Oh, that’s right. My lawyer says it makes me look transparent and like I have nothing to hide. I don’t have anything to hide!

He’s sitting back, chilling with the whore and new whore family, not a care in the world. I don’t think his lawyer has done the legwork on anything. She just requests copies from what my lawyer has subpoenaed. Meanwhile, I’m spending my one free hour during the day calling around trying to get crap done and placing frantic phone calls to my lawyer’s office. That seems like the way it should be, doesn’t it?

The fire of a thousand suns, I tell you. I absolutely detest that man. I cannot wait for this shit show to be over. 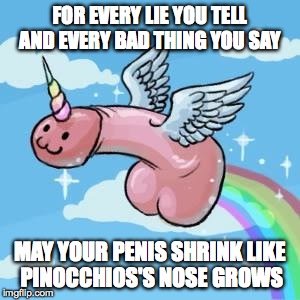 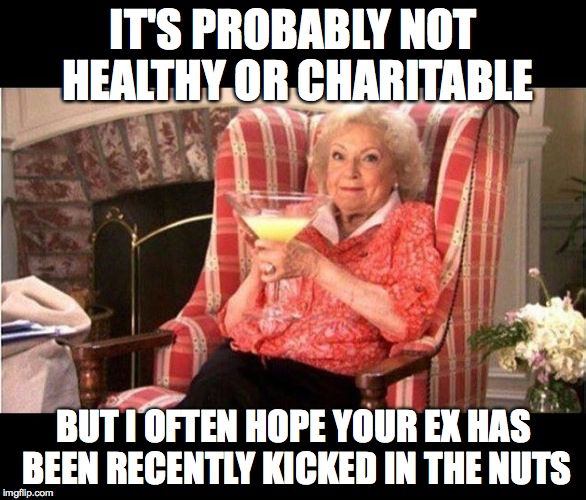 4 thoughts on “Hang On, Folks; It’s Going To Be a Bumpy Ride”