I was debating between writing about the mobster or CF. How could there even be a contest? The mobster all the way!

We were fortunate enough to be able to get away and spend another weekend together. This time we took Columbus by storm. We had many great moments but one of the standouts had to have been Saturday morning when I got out of the shower and smelled breakfast. I was in the shower, folks; it was not me cooking! I went downstairs and there he was, frying eggs for breakfast sandwiches.

Twenty years and not once did CF ever make me breakfast. If he did make me breakfast it was so long ago I have forgotten it. The mobster was amazed. “He didn’t make you breakfast on Mother’s Day?” I had to laugh at that. No, most Mother’s Days were spent wrangling my kids and taking them with me to my mom’s while he stayed at home relaxing by himself.

What else did we do, you ask? We had pizza on Friday night. We went with Hawaiian because we both like it and our kids don’t. Saturday we stopped for coffee at Dunkin’ Donuts and then we walked around downtown. He thinks I should tell everyone the “funny” story about me having to pee in the corner of a parking garage because we couldn’t find a public restroom. I don’t. We decided to find little oddities in downtown Columbus. Our first find was the site of where the very first Wendy’s was built.  Next up? We decided to try to find the statue of Arnold Schwarzenegger at the convention center. We succeeded. 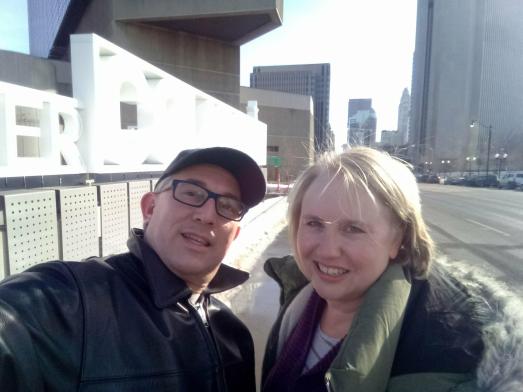 We saw hordes of people crossing the street and found out there had been a huge march going on. We asked one of the people what they were protesting (we were curious) and some snotty little 20 something replied, “We’re for women’s rights,” as though we must be the most stupid people on the planet. Screw you! Just for that I’m against women’s rights! Not really, but her delivery needs some work. There were quite a few interesting signs. We kind of lost our car which was parked at a meter. The mobster wanted to find a geocache but I told him I thought it was a little more important that we find the car. I remembered we were parked by a few banks so we pulled them up on Google in order to map out our route. Finally, as we walked back to the car we saw a sign about the Underground Railroad.

I loved the sign because it’s opening line was something along the lines of: The Underground Railroad was neither a railroad, nor underground. I am especially fond of that because when Rock Star was in middle school she turned to me one day after school and asked, “Did you know the Underground Railroad wasn’t underground, and it wasn’t an actual railroad?” I did, but apparently enough people are unfamiliar with it that they need to spell it out.

Saturday night we went to The Melting Pot. We couldn’t get reservations until 9:15, which I thought was terribly late. Yet we ended up not leaving the restaurant until after midnight! Talk about your leisurely dinner. Then we took a walk around the shopping center before heading back to our Air BnB.

Sunday we opted for something completely different. We went to church, followed by lunch at O’Charley’s, and then off to the art museum.

It certainly wasn’t your typical list of things to do but we had a good time. I got to see an actual Monet which was cool. 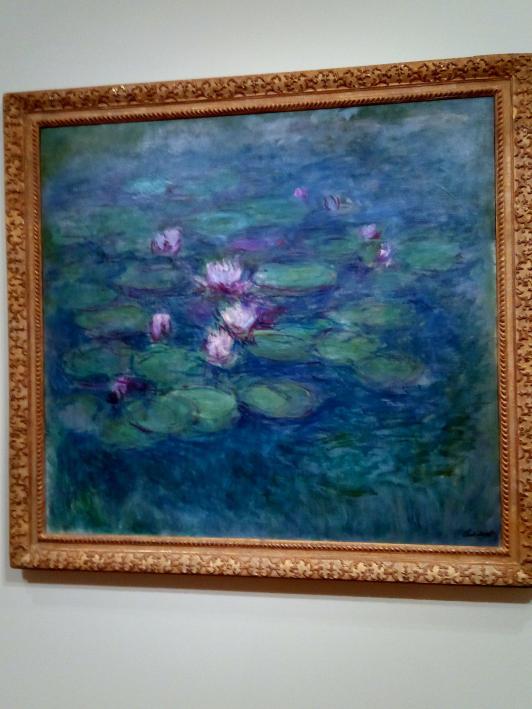 The museum closed at five so we planned on heading back home then. I drove him to his car and we decided to head back to Dunkin’ Donuts for another coffee. We ended up talking for another hour and a half!

So there you have it. Another lovely weekend for the books. I’ll write about good ol’ CF and BSC in another entry. Stay tuned!

Here are a few other fun pictures from the museum:

Probably the coolest thing I saw at the museum: 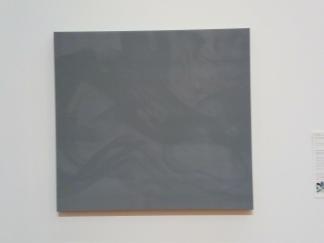 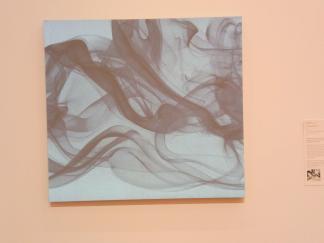 Finally, a picture of the mobster with the snowman he made me on his way to see me. 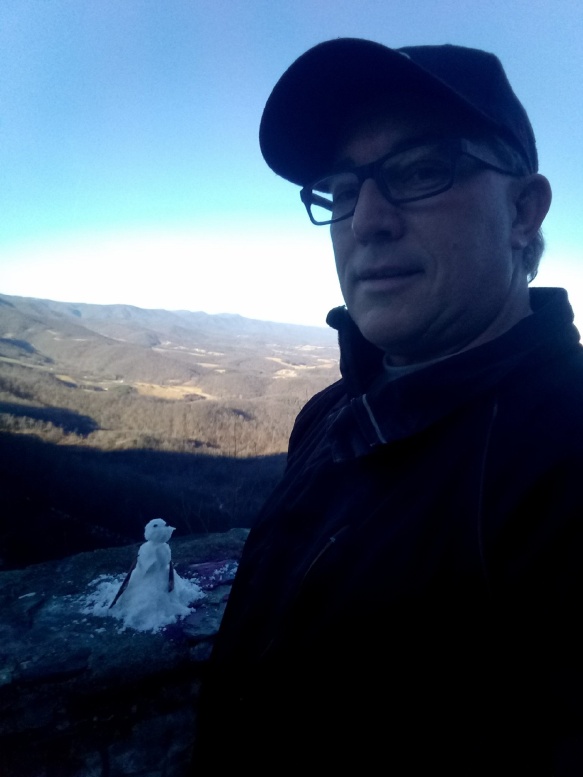 6 thoughts on “He Made Me Breakfast”