In yesterday’s post I wondered if maybe the reason forgiveness gets all the love is because it has great PR agents. There are tons of quotes lamenting the hardened hearts of those who refuse to forgive and extolling the virtues of those who forgive others even while those others are spitting in their face. I mean, look at this crap.

That sounds swell but terribly unnecessary. Do you really need to forgive someone in order to move on with your life? I think not!

I’m probably not the best example because I still write about Jerry Lee. In my defense though I do write a blog and he’s always doing something else to try to fuck up my life.

I think I’ve moved on; I also think the things he does pull me back into his orbit. I can’t help that. And saying, “Oh, Jerry Lee, I forgive you for being a lying, cousin fucking sociopath,” isn’t going to make any of those things better. You want me to move on with my life? Tell him to pay his fucking support on time and in full! Tell him to stop neglecting his kids. That would help. Me forgiving his lying ass doesn’t do dick for me.

Maybe let’s try this one instead:

Then there’s this one.

Again with this setting you free bullshit. Hey, if it makes you feel better to forgive someone then you have at it. But I don’t think anyone should feel guilted into forgiving someone.

Why not go with this: 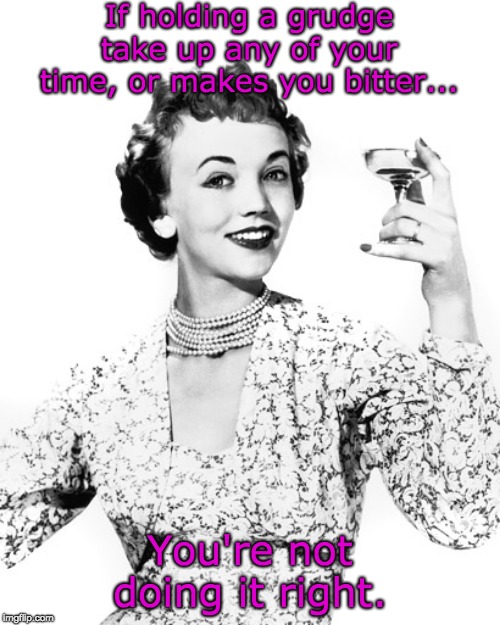 Again with the healing and moving on, thanks to forgiveness!

Who am I to argue with Nelson Mandela? I’m Sam, and I really feel that this is bullshit.

This one is a little longer but expresses the same sentiments: 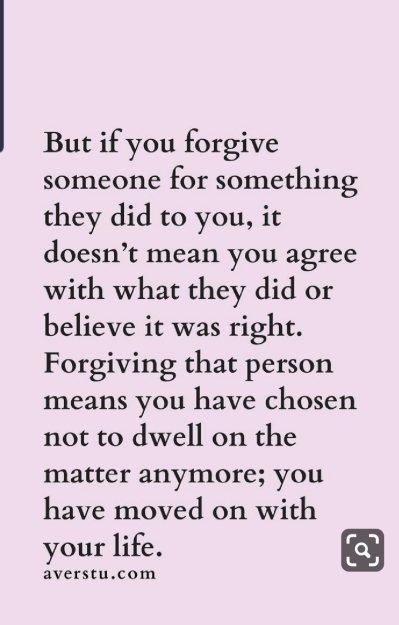 Grrrr! Maybe that’s part of the problem. We hold forgiveness in such high esteem that we aren’t thinking about what we’re actually saying.

How crazy is that? Why are you forgiving them again? Oh yes, because it will help you move on and you will no longer dwell on what was done to you. Isn’t that convenient?

The person who has betrayed you or hurt you experiences no consequences. Let’s wish them well and forgive them.

Then there’s this gem: 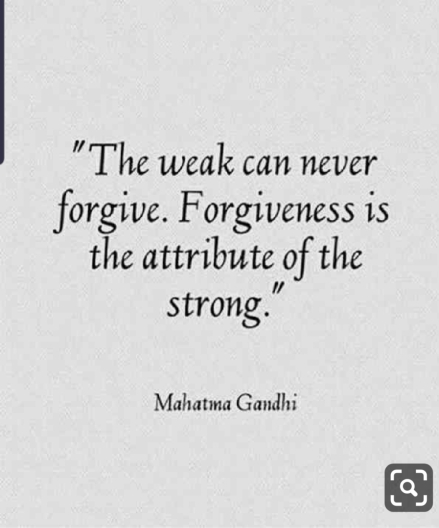 Oh really? Let’s try this one on for size:

That’s not really the way I feel, but damn! Not forgiving someone who has wronged you is not a sign of weakness. It’s a sign of self respect. Oooh! Let’s do that one instead! 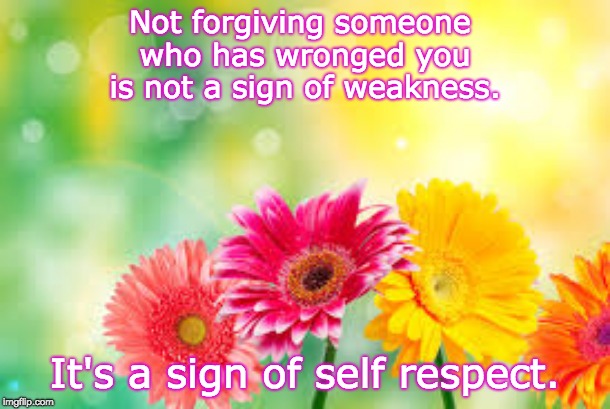 In that same vein we’ve got: 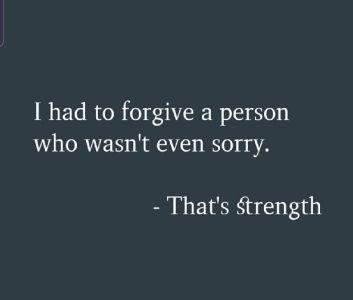 At the very least it’s pointless.

Here it is in longer form:

I’m not even going to bother doing a re-write on this but I would like to point out that one of the major tenants of forgiveness is that the person needs to ask for forgiveness and they need to repent. Forgiving a person who is not sorry is pointless. It defeats the whole purpose of the concept. That person is not sorry! They don’t give a fuck if you’ve forgiven them or not. They don’t think they’ve done anything wrong and they certainly aren’t looking to you to forgive them. That’s just a given.

If you didn’t receive an apology you have nothing to accept. Why even bother with this charade? Stop wasting your time. Find people worthy of you. Be good to those people. You don’t have to go around plotting revenge on those who have hurt you; let them go and forget they exist. No forgiveness necessary.

Then there’s this “wise” advice:

Tell me more. How exactly am I taking away Jerry Lee’s power when I forgive him? Will that result in him paying the correct amount of child support? Does it mean he begins paying his entire spousal support instead of what he has absurdly calculated? By forgiving him and taking away his power does that mean I’m suddenly going to be working at a job that pays enough to pay my bills and allows me to live on my own and still have some semblance of a life? Will he suddenly remember he has two kids that live here in Indiana? Will anything actually change for the better or does the quote writer just think I’m going to feel so much better once I’ve forgiven him?

The funny thing about this whole forgiveness thing is he whole heartedly believes he is the victim in all of this. Come to think of it I think he would be insulted if I told him I forgave him. There’s nothing to forgive in his mind because I am the enemy and I am the one who wronged him. Maybe someone should tell him that by forgiving me he’s taking away my power.

I think a better way to put that is:

Got time for one more? 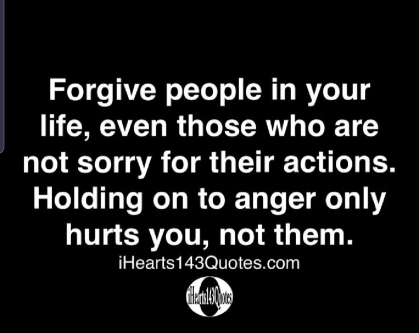 Oh please! Again I will point out that people who are not sorry do not care about your forgiveness. They don’t want it or need it. If you’re willing to extend it they’ll take it. Why? Because it means they get to use you some more.

I get that holding onto anger does nothing to them. Then again, who says that holding onto anger hurts you? Anger can be very useful. It can propel you to act. It can instigate you to look out for your own interests. It can get you out of a bad situation. It can help you refuse to take any more shit. Plus, not forgiving a person doesn’t necessarily mean you’re angry at them. Maybe it just means you’ve learned a very valuable lesson.

THIS is the PR agent we need to combat all of that forgiveness nonsense.

A-freakin’-men! I’ll put that one right up there with: 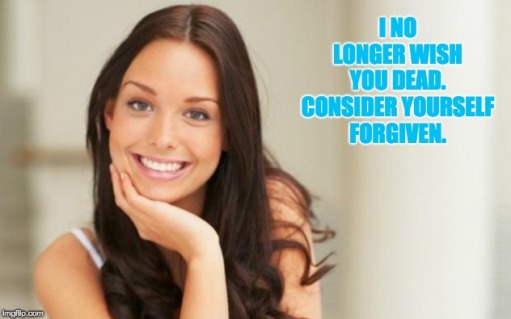 I’ll throw this one in as a bonus service announcement:

It is truly amazing how society pushes us to disregard our instincts and instead encourages us to put ourselves in danger.

One more just because I’m a giver:

Finally, if you really have it in your heart that forgiveness is the way to truth and light then try this one:

Don’t forgive them for lying to you, cheating on you, betraying you. Forgive yourself for putting up with that behavior. Then resolve not to do that anymore.